Athlete of the Issue: Grayce Garcia 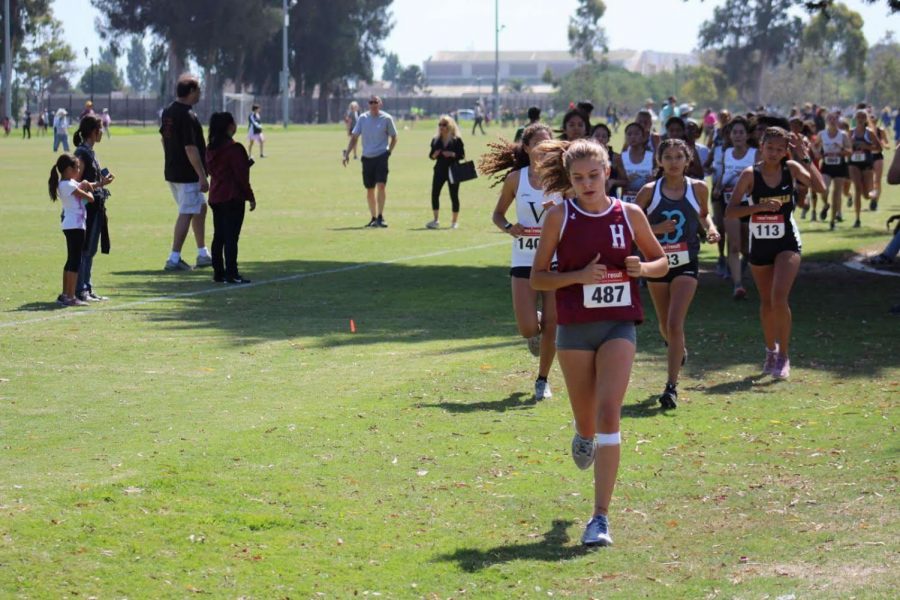 Grayce Garcia is a senior and this is her third year on the Hart cross country team. Garcia has been running cross country for six years now and plans to continue on in the future. “As of now, I plan on majoring in psychology, and my goal is to walk onto the team at whatever college I choose,” said Garcia.

With the hopes of running in the future, Garcia hasn’t let COVID-19 stop her. She has enjoyed being able to practice in small groups multiple times a week with her teammates. Although her senior year is not what she has expected she is hopeful of having a cross country season later in the school year.

“It’s been hard to stay motivated sometimes, but the hope of eventually having a season has kept me going,” Gracia said.

Garcia was awarded the most outstanding sophomore award during her first year on the team, and, in her junior year, she was awarded one of the highest achievements, coach’s award. Garcia has also earned several academic awards while maintaining a balance of rigorous courses and athletics. She is not only involved in cross country on campus but also on the track and field team, is the vice president of Key Club, is a part of the National Honor Society as well as is a part of California Scholastic Federation. In her free time, Garcia enjoys volunteering to help with kindergarten children at Newhall Elementary School.

Garcia is thankful to be a part of the cross country team and has appreciated all the memories she has created.

“My favorite memory would have to be our 2019 summer camp at Big Bear. I got so much closer with all of my teammates and we just had so much fun together,” Garcia said.

What Garcia has loved most about cross country is the feeling of accomplishment during and after a hard workout, the adrenaline rush before a race and when you have a good day and the run feels effortless.

“I’ll miss laughing with my team before, during and after practice, I’m gonna miss the family-like feel and how we can have friendly competition but also be super supportive of each other at the same time,” Garcia said.